The media has been quick to recognize Fahad's easy-on-the-ear voice and unique sound, with appearances on ABC's High School Musical Reality Show, AVS, gracing the cover of Rivaaj magazine, feature stories in Anokhi magazine, The Daily Times, The News Tribe, interviews with City FM89, Radio 1 FM91, Radio Azad, and Morning Rangeen on TVOne among others.

Fahad's singles Yaar, Naujawanoon, Samjhana, Tere Bina, Love Save Us Now, and Eid Mubarak have garnered him a loyal fan following spanning across the globe (over 50k on Facebook), and generated over 500k, video views and downloads. Samjhana and Tere Bina have aired on the AVS show, as well as distributed on several US based Pakistani and Indian channels. Samjhana, Love Save Us Now and Tere Bina have also aired on MTV India Roots, MTV Pakistan, The Musik, AAG, PlayTV as well as on various music radio stations across the US, Pakistan, India, UK, Kenya and Nepal.

Score Composition
Fahad also composed the score for “7.6”, a short documentary film about the catastrophic 2005 earthquake in Pakistan. 7.6 won Best Short Film at the 2006 South Asian International Film Festival and was screened at the 2007 Cannes Film Festival.

Currently, Fahad is working on the launch of new singles as well as new acting endeavors.

Fahad is a New York and Karachi based singer, composer, musician, and actor.

​
On the music front, morphing infectious western pop/rock with poetic Urdu/Hindi/English lyrics, he leaves audiences energized and inspired. He has released several original singles and played a number of sold out concerts. He recently released his latest single "Yaar" with a music video and is working on releasing more music.

On the acting front, he started out with a recurring role in Mehreen Jabbar's drama serial, Jackson Heights. He went on to do several drama serials including Naraz and Bay Khudi on ARY Digital, Main Kaysay Kahun and Mehr aur Meherban on Urdu 1 to name a few. He also appeared in ad campaigns for several majore brands like Pepsi, Naurus, Meezan Oil, Telenor among others. On the film side he appeared in Pakistani romcom film Karachi Se Lahore and did a cameo in Actor in Law. Currently he is working on a couple of new dramas.

“Fahad’s music is very melodic and current for the Pakistani music scene. It has soul and youth can relate to it” – Sameer Ahmed, bassist/music producer, Atif Aslam, Karwan

​"Fahad's compositions are simple and soulful - He is a great addition for our global audience"​
– Kamijee, renowned Pakistani music producer

"Fahad's graceful presence combined with his anthemic sound will keep you coming back for more" – Samrat Chakrabarti, music producer

"This guy is something special, and we hope to see special things from him"

"He has a burning desire to make music" 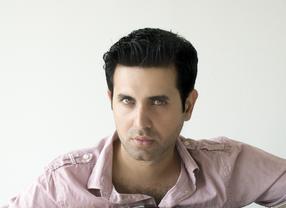